A container loaded with relief supplies is finally making its way to Jordan. Read more about why this is a Christmas gift not only for the refugees there, but also for NOIVA.

It was exactly two years ago that NOIVA was able to send a sizable shipment of relief supplies to the Middle East. At the time, approximately 150 helpers from Switzerland went to Jordan over Christmas and New Year to support the refugees along the border with Syria. Because of the many passengers, it made sense to charter a plane, whose entire cargo space was filled with boxes of clothes, food items, hygiene products, toys, blankets, tools, glasses, medicines, and bandages, among other things. The load as a whole weighed several tons, and it was to be distributed there during the following weeks and months.

The transport bottleneck
Since then, further urgently needed supplies have been reaching the NOIVA center in Jordan only sporadically and one crate at a time, because every volunteer who travels with us to Jordan can take along two large cardboard boxes with relief supplies, thanks to a special arrangement with an airline. This enabled us to supply our team there with the essentials, while most of the things that were donated continued to remain at NOIVA’s storage facility in Switzerland. Enough goods for filling a container accumulated a long time ago, but we didn’t have the funds for the costly transport by boat. This all changed when a small Christmas miracle happened in the form of an unexpected donation for that very purpose at the beginning of Advent and with which we could finance the transport. We therefore quickly arranged to have the the container sent still before Christmas.

6,800 kilometers by sea
On December 19, four members of the Winterthur Scouts and seven NOIVA volunteers began loading 1,200 boxes (approx. 7.5 tons, or 65 cubic meters of materials) into the container for shipping, which is now somewhere between Winterthur and Rotterdam. Because the Rhine currently has extremely low water levels, the container had to be transported by land in some places. At the beginning of January, it will be put on a ship, starting its journey of approximately 6,800 kilometers and reaching the Port of Aqaba at the Red Sea by around January 20. From there it will go by truck to Amman, where our helpers will take the goods directly to the homes of the refugees and to the camps.

Strong commitment in Switzerland
We would like to use this occasion to offer a big THANK YOU to the organizers, the helpers who loaded the goods, the generous contributors that made the transport possible, and to all those who volunteered to collect, sort and box the goods over the last two years. You all invested many hours, and without your selfless effort this project would never have been possible.

Addendum (15 March 2017)
Our shipping container finally reached its destination, after a three-month journey! This means we’ll soon be able to distribute the relief supplies. We would like to again thank all those who donated supplies and gave money. And very special thanks go to the private donor who made the transport possible in the first place. We are able to do this only with the determined commitment that we experience again and again … THANK YOU! 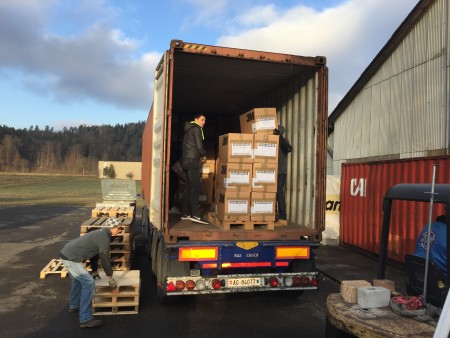 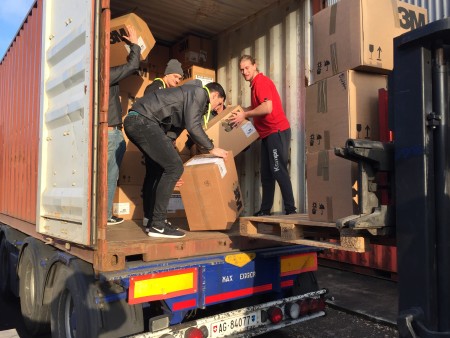 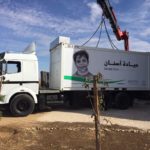 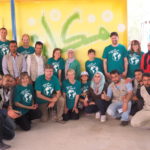